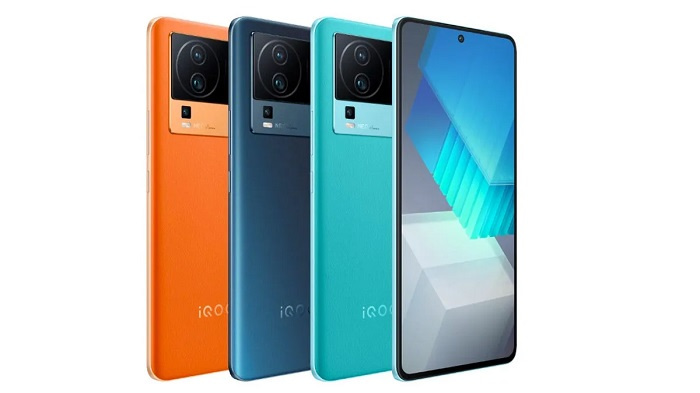 Vivo is planning to launch its new performance series. The company can be launched two new smartphones this year iQOO Neo 7 SE and iQOO Neo 7s. Its Launch date is not finalized yet. But soon, it will launch. So in this article, I will tell you some leak information about this phone. iQOO launches its performnce mobile every year and these phone are really good if we keep their price in mind. If you are waiting for any Iqoo phone then you can wait till this phone launched.

iQOO is the sub brand of Vivo and IQOO launched its Neo 7 in China last month. But Now, they are planning to add two new member in this Neo mobile series. These two new mobile will be iQOO Neo 7s and iQOO Neo 7 SE. These new smartphone may be launched in December 2022. But, there is no update ofiicially that these phone will launch in December.

As per the leak information, iQOO Neo 7s will come with 16GB RAM and 8GB virtual RAM. This phone will offer 512GB internal storage. It will run on ColorOS 3 operating system and Android 13. There are some chaces that it will come with AMOLED display with FHD+ resolution and 120Hz refresh rate. If the screen is AMOLED then obiviously fingerprint sensor will be under display.

It will powered with Qualcomm snapdragon 8+ Gen 1 processor, which is high performance processor. If this phone comes with this processor then it will give you very good overall performance. It will good for gaming and other task also. iQOO Neo 7s feature a 50MP main camera with image Optical Image Stabilization (OIS). OIS system will help us to shoot stable video. It will powered with 5000 mAh battery.

iQOO Neo 7 SE may be come with a 6.67-inch AMOLED display and with 120Hz refresh rate. It offers resolution of 1080 x 2400 pixels. It equipped with under display fingerprint sensor. May be this phone will launch with MediaTek Dimensity 8200 Processor and Android v13 operating system. This phone will come with 12GB RAM and 256GB Internal storage. Neo 7 SE May be also offers 8GB virtual RAM.

For selfie, It has single 16MP puch-hole cut selfie camera and it is capable to record FHD+ video at 30 frame per second (fps). It has triple rear camera setup 50MP primary sensor with OIS, 8MP ultra-wide sensor and 2MP Macro sensor and it also record FHD video at 30fps.

It is powered with 5000 mAh battery and supports 120W fast charging. So this charger will charged with phone within an hours. Connectivity options include 5G, 4G, 3G, Bluetooth, GPS, Wi-Fi, LTE, and USB Type-C port for charging. So basically, you will get USB type-c charger.

There are some chances that these both phones will be Launched in December 2022. There is not offically date announced yet by company. But end of this year these phones expected to be launched. Both the smartphone will deliver high class performance becuase of its features. Both the phone expected to be come with the powerful processor. Snapdragon 8+ Gen 1 and Dimensity 8200 processor are really very good. iQOO has been launched it iQOO Neo 7 in China last month. That’s why we are hoping that it will launched Soon.